2007 Women Who Rock Award by Creative Loafing & The Sol Kitchen

HerAgenda.com April 2020: How Creatives Are Using Social Media To Keep Their Brands Alive During Quarantine (Featured)

QCityMetro.com April 2020: Charlotte stays at home, in front of the lens. A photo series capturing Charlotteans and a slice of life under lockdown.

Scoop Charlotte November 2018: These 26 Charlotte Women Influence Your QC Lifestyle (And You May Not Even Know It). (Featured)

The Get Well Podcast May 2017: Giving is a Legacy, Tinesha and Kelley welcome Jameka Whitten to talk giving back, growing up vegan and doing work that matters. (Interview)

TheOGBklynGirl Blog May 2016: Queen of The Queen City (Interview)

Charlotte Magazine May 2015:  “Mixing It Up: Jameka Whitten” (Profile)

Featured in the book Beautifully Branded: “The Girls Guide to Personal Branding & Understanding the Anatomy of Brand You” by Olivia Omega (June 2015)

Charlotte Observer and Seattle Times May 15, 2010 “African-Americans find home in the Twitterverse” (Featured/Quoted) 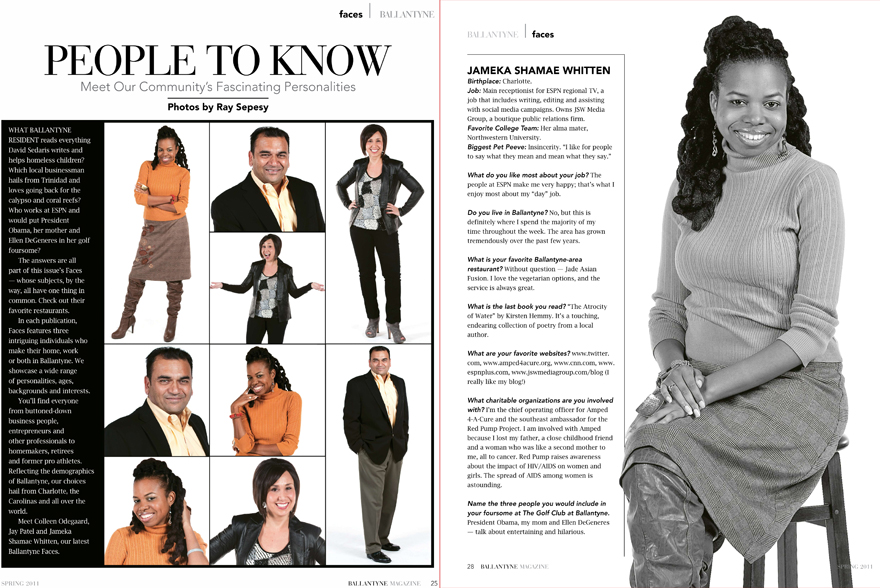